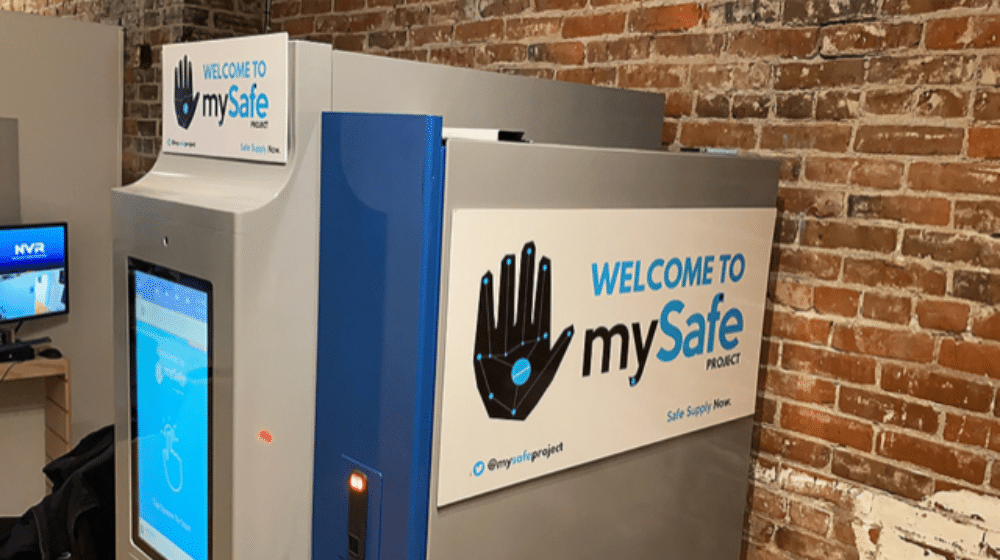 Due to the drastic increase in opioid–involved overdoses, British Columbia declared a public health emergency in 2016. Fentanyl was in town, contributing to thousands of deaths. The nationwide overdose crisis killed about 11 Canadians a day between January 2016 and September 2019. Something had to change, and an innovation pioneered by Dr. Mark Tyndall—helpful for any community impacted by poverty and drug-related problems, but more relevant than ever amid COVID-19 social distancing—represents an important step forward.

Tyndall saw the need to provide a safe supply of drugs to people, removing the possibility of adulteration, in a way that supported drug-user autonomy. His idea was to make the opioid hydromorphone (Dilaudid) available to people who use opioids—in general, but ultimately through “vending machines” in a project called MySafe.

“This is a public health approach to a poisoning epidemic,” he said back in 2018. “This should not be seen as just an extension of treatment to people.”

Safe supply is a well evidenced way to prevent deaths. In March, the British Columbia Centre for Substance Use (BCCSU) released guidelines encouraging physicians to provide a safe supply for various drugs. In the case of opioids, the document calls for up to 14 8mg tablets of hydromorphone within a 24-hour period (and/or M-Eslon, a morphine sulfate), with dosages depending on individual factors including whether a patient is also receiving opioid agonist therapy. Yet most doctors still lack the will and courage to prescribe safe supply.

Determined to make his novel idea work, Tyndall teamed up with Dispension, a life sciences tech startup. Dispension’s flagship product, the verified identity dispenser (VID) is like an ATM for medication. It verifies a patient who has been prescribed hydromorphone through Fujitsu PalmSecure, a biometric authentication system that reads the palm’s internal vein pattern (additional security includes a CCTV camera). The  technology is EPCS-compliant—a certification standard set by the US Drug Enforcement Agency (DEA) for electronic prescriptions of controlled substances.

In addition to its main purpose of saving lives, another reason for MySafe’s starting with a highly restricted opioid, rather than another form of safe supply, was to demonstrate the feasibility—and, it is hoped, scalability—of such an approach.

In British Columbia, the adoption of MySafe did not require any regulatory change. Participants have their prescriptions dispensed by a pharmacist who follows all Health Canada and provincial regulatory requirements.

Dr. Tyndall has been the prescribing physician for the MySafe pilot installation. It’s run by community-level volunteers at the Overdose Prevention Society (OPS), which also operates a safe consumption site.

Having an easily obtainable, “daily dose of medication that I know isn’t going to kill me” has “changed my life.”

The first MySafe machine is strategically located right next door to the OPS safe consumption site, giving people that option if they wish to consume their  hydromorphone there. Compared to the situations faced by most people who use drugs, it’s a giant leap in person-centered care.

MySafe patient Henry Fester had tried every possible option, including being on methadone, to either end, or reduce the harms of, his opioid dependency. He remembers being one of the first patients for Vancouver’s Onsite program—a medical detox embedded above the, Insite, which became the first sanctioned safe consumption site in North America when it opened in 2003.

“Fifteen years ago, I was one of the very first patients that went through the Insite/Onsite program,” Fester told Filter. “Did detox then went to treatment in Kelowna—I’ve been to them all. They all failed me.”

Fester said that Dr. Tyndall “made it as simple as he possibly could” for him to become a registered Mysafe patient. “It’s been three months I have been on this program—February, March and now April,” he said. And thanks to now having an easily obtainable, “daily dose of medication that I know isn’t going to kill me,” he added that those three months “have changed my life.”

The few concerns around safe supply are mostly related to diversion, although experts like BCCSU attest that any risk is greatly outweighed by the benefits. Fester also made the point that even with diversion, “if the people buying that medication on the street, they are not going to die”—although of course there are risks of harmful interactions if hydromorphone is combined with other drugs, including alcohol. Fester dismissed the idea that he would ever divert his medication as just “not worth it.”

“You can take medications with you, use them how you like, and use them where you like. That is huge.”

The independence and respect that patients like Fester can now enjoy was the main purpose of the machine, Tyndall told Filter. “What makes MySafe so unique is the autonomy and flexibility that people can have. You can take medications with you, use them how you like, and use them where you like. That is huge.”

While COVID-19 was obviously not anticipated during the machine’s inception, it so happens that this type of prescribing and service delivery—a contactless community “lock-box” for a safe supply of medication—might as well have been designed for current circumstances.

“It helps people practice physical distancing and avoiding unnecessary contact,” Guy Felicella, a peer Clinical Advisor with the BCCSU who was a co-author of the safe supply guidelines, told Filter. Even in non-pandemic times, not having to deal with pharmacists can reduce the amount of stigma someone may face.

Corey Yantha is the president and founder of Dispension, with a small team based on Canada’s other coast, in Nova Scotia. He told Filter that he is cautiously optimistic about building on the successes of the Vancouver pilot and rolling out the model to other locations. “Dispension is working with Health Canada on a phased expansion of the MySafe Project,”he said.

If successful with its initial expansion plan, the company will produce proof-of-concept evidence to get the green light for a pan-Canadian safe supply VID program.

As thousands continue to die of overdose in North America—and initial reports indicate that drug-related deaths are surging during the pandemic, with physical isolation and stress likely factors—it is hoped that the first MySafe machine and its descendents will continue to make a critical difference long after things will reach the “new normal.”

Other doctors should try to emulate Tyndall’s boldness, and US jurisdictions should—once again—learn from Vancouver.

Photos of the MySafe machine and Dr. Mark Tyndall courtesy of Corey Yantha. Photo of Henry Fester courtesy of Fester.